The Jean Michel Jarre AERO concert in Northern Jutland in 2002 was a tribute to windmills, and was therefore located at a wind turbine park in an open field. 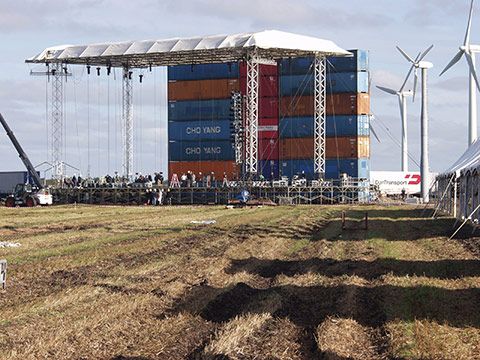 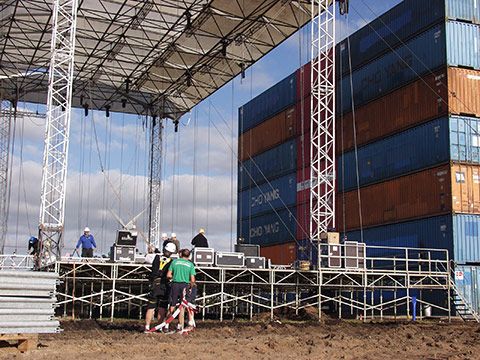 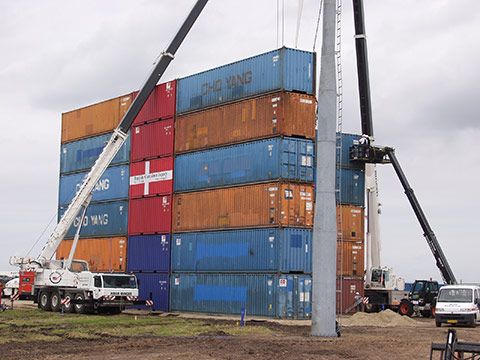 It was in a marsh-like area, so when building the scene wall, calculations of wind pressure on both sides had to be made.

Thirty-six containers (20x30m) were stacked on top of each other and next to each other; this was the starting point of the stage wall. DC-Supply provided Jean Michel Jarre AERO concert with a solution that could quickly and safely be built up and removed. 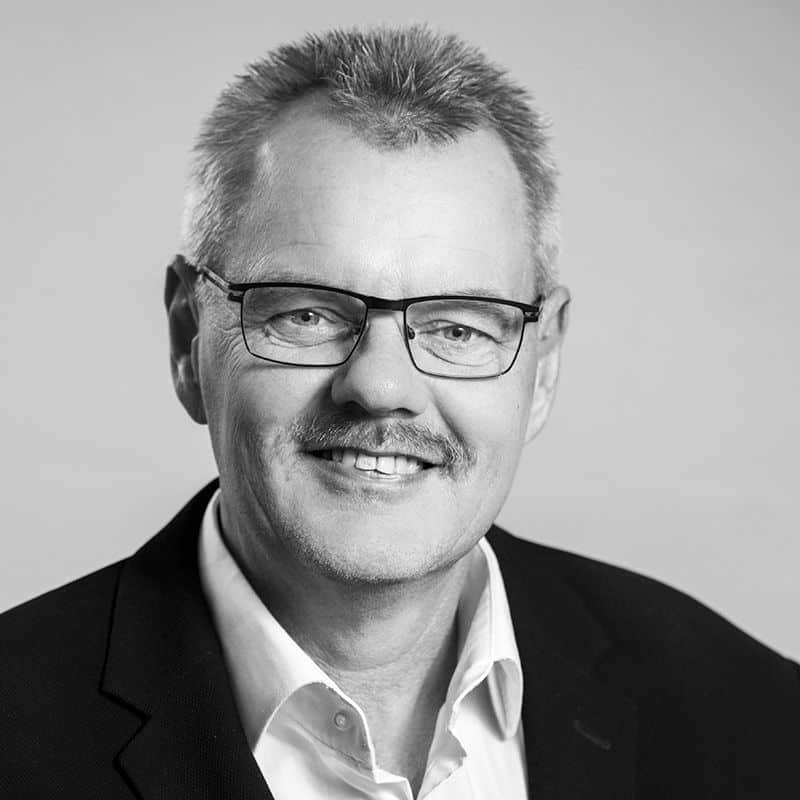