You are here: Home 5 Event 5 Bicycle library in a container

Bicycle library in a container.

We are ready to help - call our sales team: 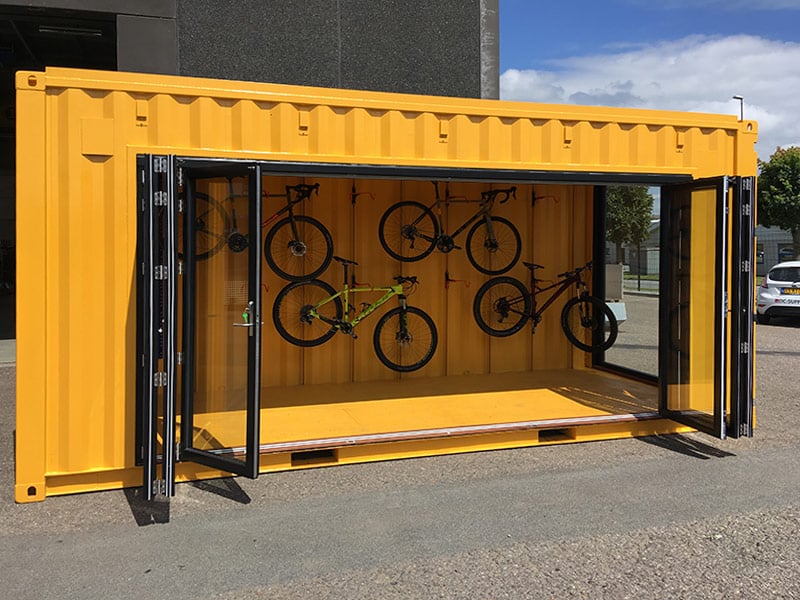 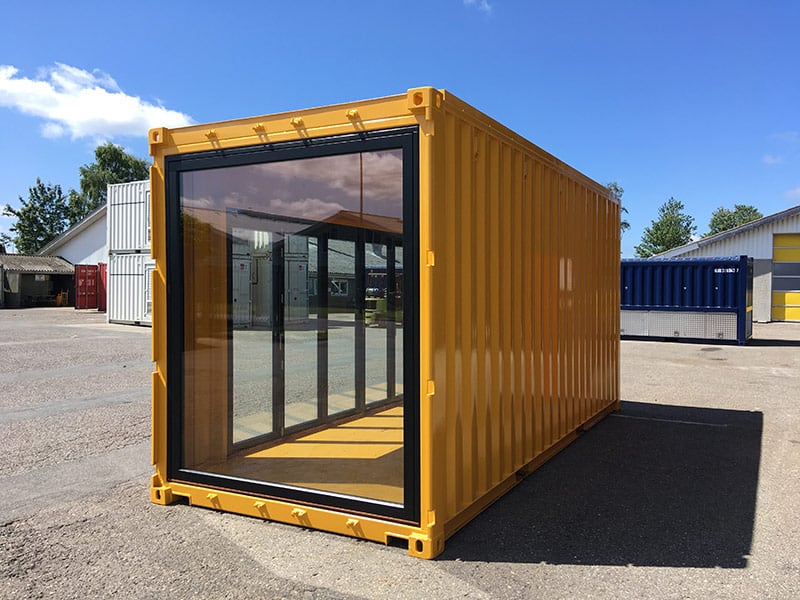 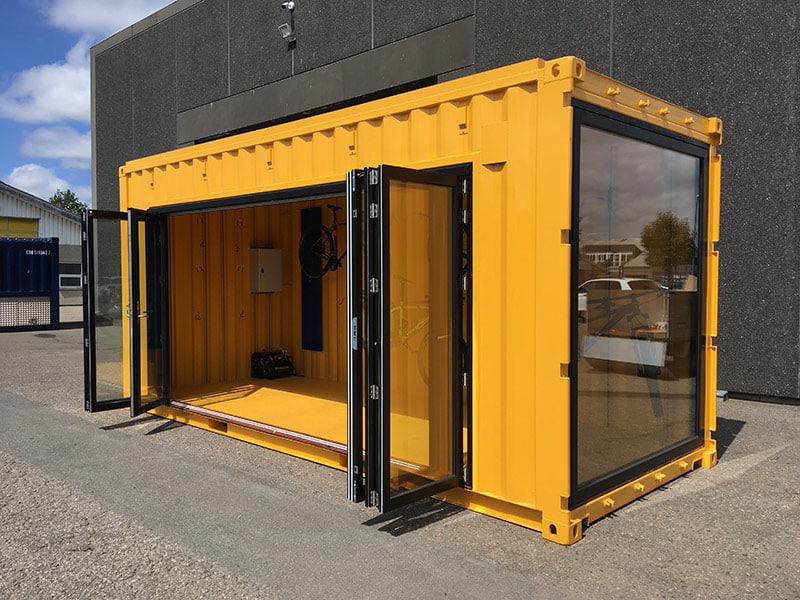 Bicycle garage and service in a container

In the 20 ft high cube container, a large window section is mounted at the end where the container originally had container doors. At the opposite end of the window section, a cover has been made with an externally placed outlet for air from a built-in compressor. This way, flat tires can easily get air – also when the bicycle library is otherwise closed. In addition, a foldable table is mounted outside, as well as a plate for posting various information for users and other passers-by.

Inside the container, racks are mounted for suspension of bicycles – bicycles are both easy to store, and they are easy to hang up and take down.

Furthermore, the container’s one long side has been cut out, and instead a large glass door section is built into it. The door section can be folded to the sides, thus opening the container up towards the surroundings. The roof of the high cube container has been modified so OKNygaard has the option of planting sedum plants and thereby forming a green roof on the container and the covering as well.

The new bicycle library container will be used in a newly built traffic park on Amager, Copenhagen. Here, residents can borrow a bicycle from the container, which is provided with children’s bikes, and there is room to carry out a simple service on their own bikes too. 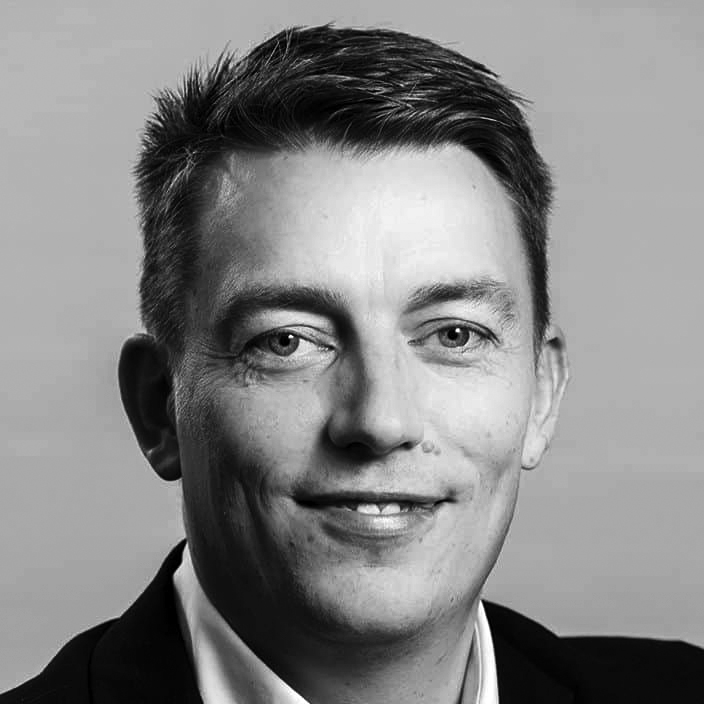 Other garage containers from DC-Supply A/S: 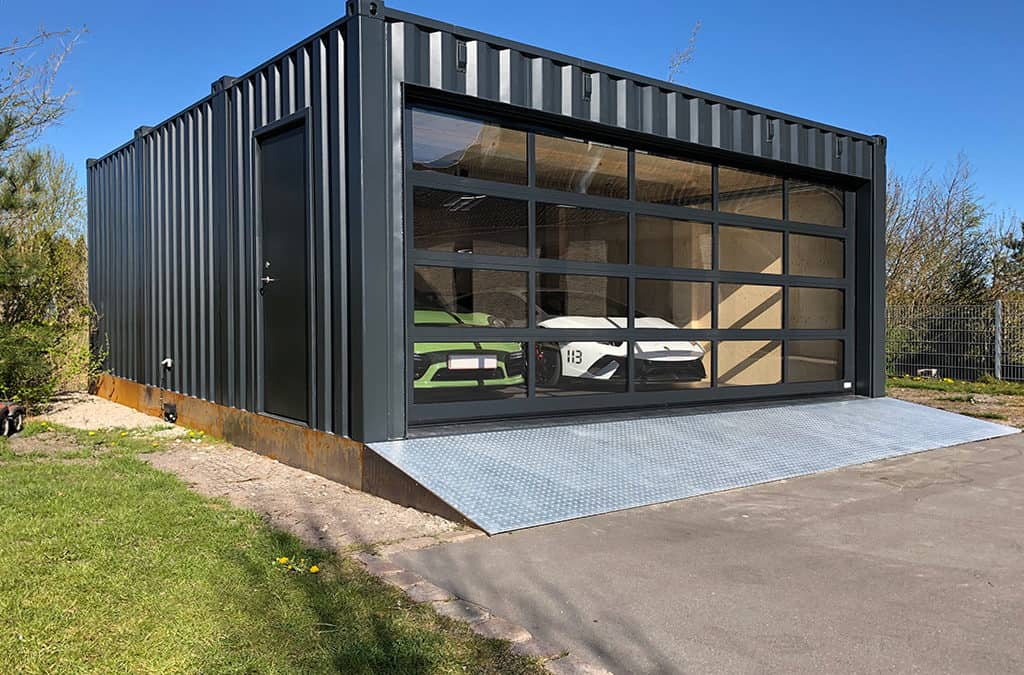 DC-Supply designed, built and delivered a bespoke garage container solution, that’s spacious, very functional, and also safe, as well as visually appealing. The garage is insulated and has an electric garage door. 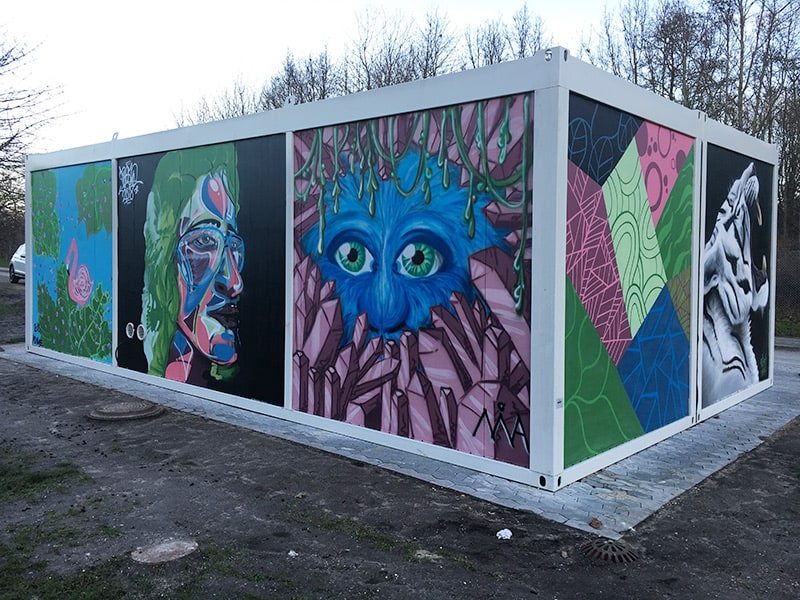 For Aalborg Municipality’s project about the deployment of driverless buses in Aalborg East, DC-Supply has built a bus garage in special measurement containers.

Comwell’s challenge was to find a low cost, environmentally friendly solution that would fit into their surroundings.

Contact us - we are read to help.
Our strong experienced team is ready to support and advise you with your next container project. Please get in touch, if you would like to know more.
Contact us
Fields marked with * are required.
Manage Cookie Consent
To provide the best experiences, we use technologies like cookies to store and/or access device information. Consenting to these technologies will allow us to process data such as browsing behavior or unique IDs on this site. Not consenting or withdrawing consent, may adversely affect certain features and functions.
Manage options Manage services Manage vendors Read more about these purposes
View preferences
{title} {title} {title}